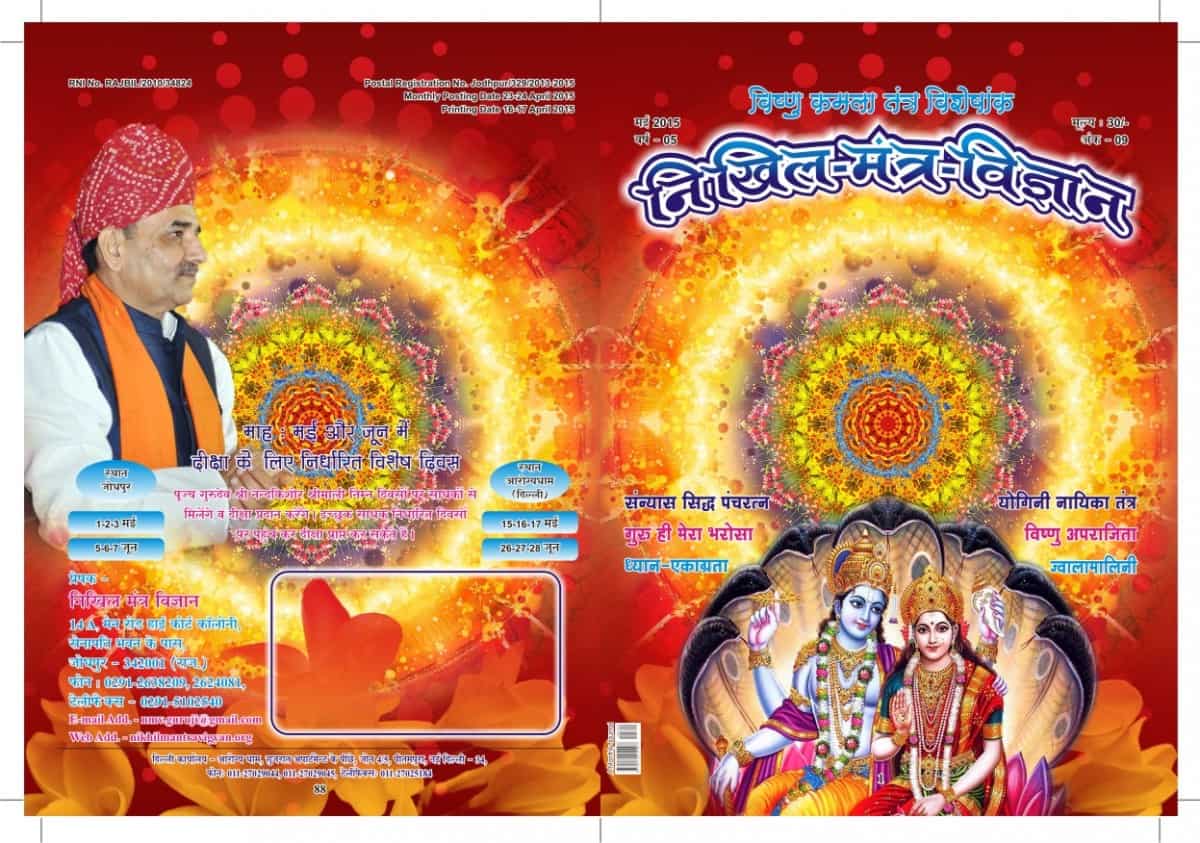 Self Evaluate and Understand

PrayerWhenever a person faces a grim situation, then he prays to God. He pleads to God to free him from the troubling situation!

But what is the real basis of this prayer? Have we ever thought about it?

Prayer means submitting all the tensions, all the worries, all the resolutions, all choices and all plans to the feet of God, ie, Performing righteous deeds as per ethics instead of worrying about the fruits of our actions. Assuming God’s plan as our destiny.

But, Is it possible to understand and comprehend God’s plan?

Those plans always manifest to us as the results of our actions, what if someone stops performing all actions.

Is that the prayer?

In reality, the Karma (actions) is life and true prayer means refraining from any obsession with fruits of actions. The prayer which interrupts the deeds, and does not let one work. Is that the prayer or debacle?

Everyone’s heart craves for Rights and Privileges. Each person tries to create a world of his own.

Then one’s wish, one’s world might be vast or limited to family, one attempts to gain authority.

But what is the reality of this authority?

The only real authority is –  impact of self on other’s lives.

But doesn’t actual power (influence) flow from the love, compassion, mercy, and faith?

Whenever a person tries to unjustly and harshly obtain authority, then he creates resistance or rebellion into other’s heart and the end result of this is destruction. Yes, he turns himself into strong and powerful for a limited time, but that is not the real authority.

This is the reason that even today we worship sages like Bhrigu and Vashisht, and not Ravana, Kansa or Hiranyakashyap.

Whenever someone’s wishes or hopes dissolves, his heart gets filled with anger, he considers the person ruining his hope-desire as his enemy or criminal and tries to punish that person.

But is the rupture of our desire or hope always someone’s crime?

There can be multiple reasons for desires to be incomplete?

Some remains incomplete due to coincidence, others due to fate and sometimes wishes themselves are of a form that they cannot be fulfilled. Assuming someone to be a criminal without considering the situation is not justice, it is vengeance. The base of justice is pity & compassion; and of vengeance is rage & pride.

So thinking about someone’s crime without compassion in heart is itself an act of punishment.

Isn’t is injustice in itself?

Each person in the world suffers from weakness of one type or the other.  For instance, someone cannot run very fast, or other cannot carry heavy weight. Someone suffers from an incurable illness or other cannot memorize the study lessons or there could be some other problem in the body. There are numerous such examples.

Do you know someone? Who has everything?

And we concentrate the entire life around that center of weakness, this causes sorrow and dissatisfaction in the heart. The human frailty originates through birth and fate.

But the human mind considers that weakness as its limits or restrictions. But there are some individuals who vanquish this weakness through their courage and labor.

What is the difference between them and the others?

The answer is very simple – A person who does not bow to weakness, whose heart has mettle for  courage, he conquers weakness. So weakness might have originated at birth, but the limitation is set by human mind through courage and fortitude.

Why do we feel bad when  we sometimes witness someone enduring punishment for his crime?

The question arises,  that was a different person when the crime took place. Then he repented so much and changed himself. Why did he, then, get punishment?

So, Is there any value in accepting punishment without atonement?

It is human nature to desire maximum comfort for himself, his family and his children.

Therefore, we always differentiate between labor and suffering. We strive to reconcile between relaxation and facilities.

Consider your own life? Is it not true that we always organize relaxation and comfort for our children. But have we ever thought what are they gaining from only relaxation?  He who only receives only comfort and convenience, what their life is like?

So, we strive to keep our children away from labor and sorrow. Then don’t we actually stop the path of their happiness?

Every child arriving into this world is completely void of values, his mind doesn’t have any imprint of neither any good value nor any bad value.

This means that a child has zero virtue and zero defect at birth. Then how does he obtain these virtues or vices? Have we ever thought about it?

Whatever is continuously heard from the parents, whatever is the home environment, those words become the sacraments of their hearts. Like a tiny trail gets formed at a riverbank in a village, only due to repeatedly walking on the same route.

Therefore, the desires of parents’ hearts manifest as the virtues or vices within their children’s hearts.

Is it not the truth?

Yet when they notice the defects in  their offspring, the parents are filled with wonder and sorrow. The parents question where these cruel defects in their progeny’s heart came from?

The truth is that parents unknowingly grow the seeds of cruel defects in their children. These seeds germinate on their hearts as brutal trees of vice.

So is it not mandatory for each parent hoping to develop their children as cultured and religious to first keep a check on the desires of their own hearts? Every parent should contemplate on this.

What is superiority? Any Ideas?

Superiority means gaining more knowledge than the other i.e. the quantity of knowledge one gained is itself not important…

The importance is how much more is the received knowledge compared to others, so the desire of superiority makes even learning as a contest and when does one obtain final victory in the competition?

Then the same resentments, suffering and struggle arises, but what will happen if we strive to become the perfect instead of becoming superior?

Perfection means, obtaining whatever is needed to obtain. Not from a desire to obtain more than others, but rather to gain for mere fulfillment of the spirit…

There is no contest with others on the path to perfection, one competes with self, so the one striving to become perfect gains entire knowledge sooner or later, he become superior without even trying.

However one who tries to become superior may or may not become the best, but he will never become the perfect one.

There are always discussions about own religion, concerning religion of another, or non-religion of others, there isn’t anyone who doesn’t think about religion….

But what actually is religion?

Has anyone understood this?

Religion connects a person with another person… with the entire creation… this is the reason that one always finds peace at a religious spot.

Is that not your experience?

Meaning religion destroys all the struggles of humans. But how is it possible that any man will not get into conflict with another.

Where there is love there is a conflict too, you will say “yes” but if you think a little more deeper, then you will understand that when conflict starts, the love gets erased from the memory and wishes take birth. Pride arises,  anger increases but love doesn’t awaken.

But where love awakens, there all struggles, all controversy, all conflicts get destroyed.

All disciples studying under same Guru cannot receive the same education. All will seem to listen to Guru’s voice, will be surely visible worshipping Him, but they cannot obtain equal knowledge.

Have you ever considered why this happens? The fact is, the disciple without education surrenders to show off but does not understand the real meaning of surrender. Does merely offering flowers at Gurudev’s feet or obeying His instructions prove the dedication?

No…. The dedication actually means a stage when there is no doubt in the mind regarding Gurudev. The disciple completes the task before the order emanates from Gurudev’s mouth.

The thoughts of disciple merge with the thoughts of Gurudev, until one sees God in the form of Gurudev. Till then the dedication is not complete. In reality, dedication doesn’t refer to any task. It refers to a an emotion of heart and a state of mind.

So, isn’t the flaw of our ignorance only of our mind?