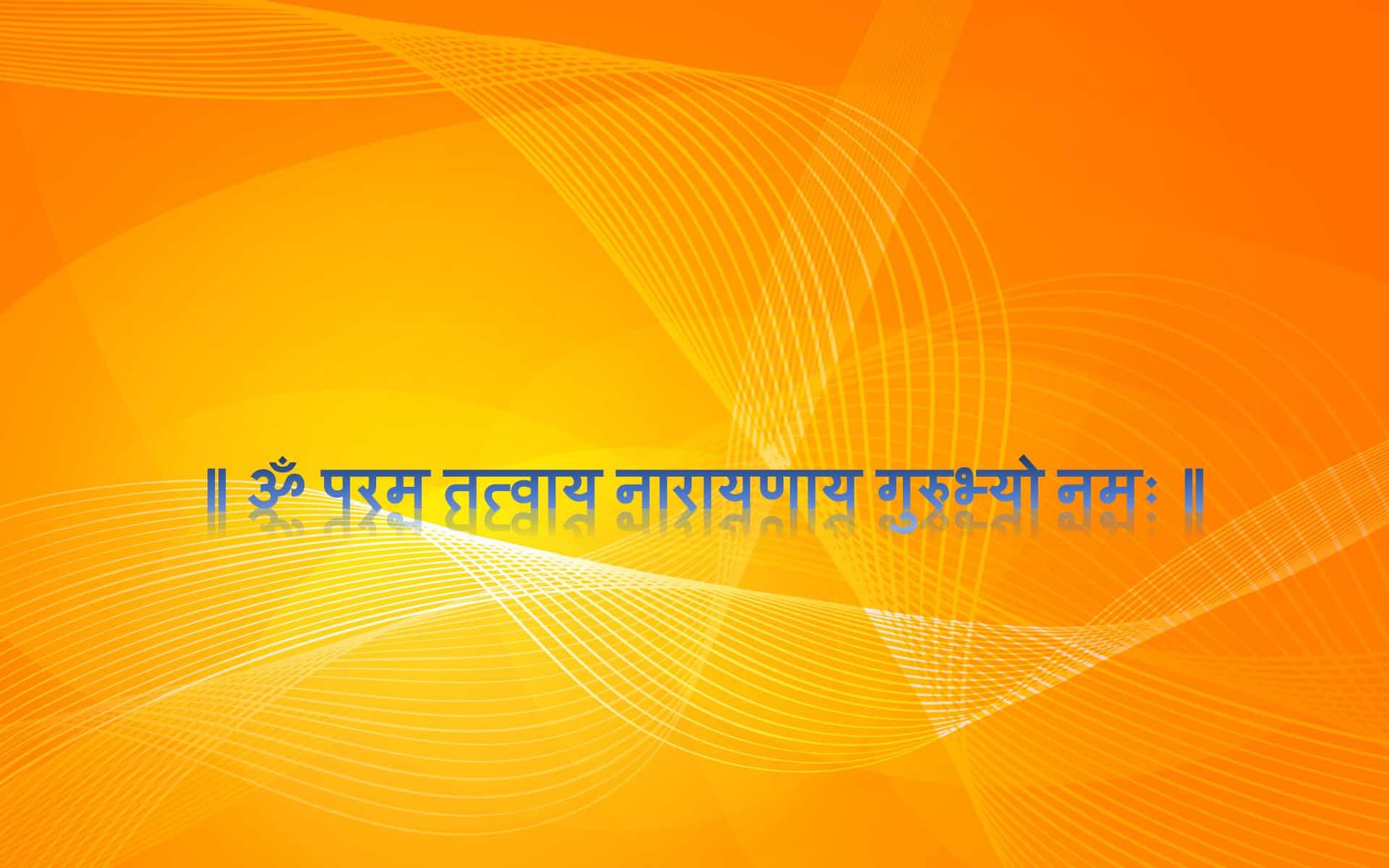 Divine Boon from SadGurudev to Disciple

When SadGurudev beckons the disciple towards him, and blesses him by placing His hand on his forehead, then divine peace engulfs the mind of the disciple, his life transforms into a new sweet state, and he obtains a novel energy flow.

Thereafter, when SadGurudev calls his disciple and performs Shaktipaat by looking into his eyes, then the disciple gets completely transformed within an instant. A cascade of emotions starts flowing within him, his tasks start getting accomplished with full speed in his physical life, and the disciple gets fulfilled with divine knowledge within the spiritual space.

Samratabhisek Diksha is the confluence of physical and spiritual life, wherein the  knowledge of the Ganges, the love of the Yamuna, and the  consciousness of the Saraswati merge together.

SadGurudev is the divine soul, the divine form, the expression of the Divine Almighty. Only the Guru is capable of spiritual growth within the mind and soul of the disciple. He can make the disciple realize the special purpose behind his birth and coming into this world. Only SadGurudev can grant the proper sense of power to the disciple. One can obtain knowledge from various books, but this knowledge is merely a collection of various bits of information. Guru is the divine power to initiate the joy and enthusiasm with the disciple.

It is irrevocable truth that one should have a genuine interest in a particular subject, to progress further. In any field, if you do not have any specific interest, then you cannot progress further within that. Nobody can force any action on you. An unprecedented spiritual power unfolds when a Guru meets a devoted, faithful disciple. A good quality seed sown into a fertile field definitely yields a bumper harvest, similarly a disciple gets blessed upon meeting SadGurudev, who has achieved His goals, who has Himself reflected upon the truth, and has experienced the truth Himself. He sets up the disciple on the highest pinnacle of success by guiding the agitated disciple, and removing his defects by providing practical knowledge and wisdom. Guru does not transform a pauper disciple into the king. Guru transforms from a mere speck into greatness. He not only enhances the capability of the disciple, rather He converts him into the Emperor of his own mind, to make him confident, fearless and free of duality. The confusion over duality stops the growth of a disciple, while a disciple lacking duality gets blessed with Guru’s benevolence. The benevolent Guru continuously keeps uplifting the disciple with his constant blessings.

Only SadGurudev can provide capability to the disciple to go beyond the limits, but this can be imparted only to the worthy eligible disciple. A suitable Guru is one who has realized the truth through His own sacrifice and penance, one who has overcome His desires and whose behaviour is an expression of the truth. Such a SadGuru is capable of imparting enlightenment to the disciple, along with the ability to smoothen the future difficult conditions, and granting capability to face them.

When SadGuru prepares a worthy disciple, then there is no doubt about the perfection of his physical and spiritual progress.

Who is a disciple? One, who is full of curiosity. What type of Curiosity? Liberation from worldly suffering and the spirit of self-advancement. Even God Almighty cannot grant anything to one who does not desire self-advancement. A disciple meets a Guru when his mind is full of desire to progress. The stronger the yearn, the deeper will be the intensity, and when the desire is pure, one will definitely meet the perfect Guru.

“Guru” is a specific noun description of an intensity bound within a physical body and form. He continuously guides each section of the society towards elevated growth by granting His consciousness and spiritual power, in each period of time. Elimination of Gurutatva from the society will remove all differences between the humanity and animalism. The role of “Guru” is to create a strong, cultured and joyful society by touching each and every person. The Gurutava individuals have always performed this role within the society.

This “process” is defined within the spiritual world as “Diksha”, even though a Guru has innumerable mediums to impart knowledge.

SadGuru is Paarmesthi, He is equipped with Supreme consciousness and He transfers divine energy into the disciple with full capacity. The disciple receives the Divine energy according to his mental situation at that particular time.

Guru determines the time and location to impart Shaktipaat and special Shaktipaat. The disciple should obtain Shaktipaat on the date specified by Guru, considering it as the Divine date. There is special significance to the relationship between Guru and disciple within this entire process. Both might be separated by distance, however the Shaktipaat process gets accomplished on the union of their minds.

The general Diksha process starts with Guru Diksha, however, when the process to elevate the person to the pinnacle of the society has to take place, through uplifting his physical material life, and expanding and introducing him to various dimensions of spirituality, then SadGuru initiates the order of rare Dikshas like Rajyabhishek, Samraatabhishek etc. The history is witness to the fact that “Guru” has done this process not once, but multiple times.

Really, the “Emperors” are not self-made, they are created. The Guru Himself creates them. What great contemplation drives Him to do this? Why He becomes ready to dissipate His penance power  with the readiness of Lord Shiva? One has to raise one’s thinking to Guru’s level to understand this. SadGuru does not worry about the valuation of His actions by the society because He knows that it is beyond the power of any dirty drain of criticism  to pollute His pure consciousness stream.

The truth is that we can only guess about the intensity and penance required to grant such rare Diksha (Not just to one or two, but rather to thousands of disciples together, at the same level)

Therefore Guru sometimes grant mild, moderate or intense Shaktipaat. The Samraatabhishek Shaktipaat process is an intense Shaktipaat process. It is mandatory to have stable focussed mind during that Shaktipaat moment. One does not get this Shaktipaat just like that, it is dependent on the Guru-disciple relationship, that how much has the disciple prepared his mind to obtain the Shaktipaat energy. During this intense process, it seems for a moment that a huge flow of current passes from Guru into the disciple. You need to let that spontaneity come within your self during those stress-free moments. You should remove all conflicting sentiments from your mind, you should keep your mind pure and stable, and you should obtain this Samraatabhishek Diksha by staying calm controlling your excitement and the inner clamour.

This intense Shaktipaat process by Guru does not take place daily. The Sadhak completes his Sadhana daily. He tries his best but there are some specific moments of time when Guru exerts His full force and plants a seed of His consciousness and knowledge by cleaning and purifying the emotional platform of the disciple.  This grand plantation process is called as Samraatabhishek.